Needless to say what place in the life of mankind is water? At the entrance to the water purification station, in one city, a banner hangs with the text: “If I had to write a hymn for planetary life, I would undoubtedly start it with a praising song about water, and end it with the deepest gratitude of this life-giving liquid. It is difficult not to agree with this statement because it is thanks to the water that life exists on our planet. A colourless, odourless liquid plays an enormous role in human activity. From time immemorial, cities were built on the banks of reservoirs, and the quality of water in them directly influenced productivity, people's health and much more.

Depending on the needs for which water is required, whether, for industrial or domestic purposes, it sets standards and criteria for the degree of purification. After all, in its purest form, water on our planet is extremely rare. Whether it is groundwater or surface water, they contain various impurities, such as suspended particles (sand, clay, silt), accumulated particles, dissolved inorganic substances, and microorganisms. The content of such elements in water significantly affects its quality. Moreover, if the content of certain elements, such as calcium, magnesium, zinc, iron, and others in certain quantities are beneficial for our body, then an elevated content of these substances can have a detrimental effect on our health. Therefore, for high-quality filtration of water, professional selection of a water treatment system is necessary. And here you need a professional water purification.

The choice of a water purification system is a rather complex set of measures related to carrying out chemical, physical and biological analyses, on the basis of which a water purification system is installed, and filtration is performed. The process of water purification itself is also quite complicated because water passes several stages from the beginning of cleaning to the end, during which the liquid goes through various stages of filtration, starting with cleaning particles that are suspended, often visible to the human eye, and removing undesirable bacteria and microorganisms. High quality purified water, when used for industrial purposes, saves equipment and reduces the cost of repairs, and in household applications, it preserves our health, therefore, such a process as water filtration should be treated responsibly.

The scope of work of water treatment systems includes such tasks as:

-removal of mechanical and suspended particles;

-removal of taste and smell from water;

-removal of turbidity, colour, and clarification of water, and more.

-Dissolved particles - sand, glue, sediment, everything that makes the water cloudy. These impurities are detected with the aid of the turbidimeter and are usually removed from the water using filters with a pore diameter of 1 to 20 microns. However, suspended particles can clog the valves and make the membranes of reverse osmosis systems dirty.

-Dissolved inorganic (ionic) solids - impurities in the form of silicates, chlorides, phosphates, bicarbonates, sulfates, phosphates, nitrates, and iron compounds exist in water in the form of positive and negative ions. The content of ions is measured by a conductometer, which transmits the electric current between two electrodes. Water with a high content of ions conducts current better than clean water. Ions affect the analysis of inorganic substances, in particular, with ion chromatography, atomic absorption, mass spectrometry, etc., as well as ions can slow down the growth of cells and cultures in biological studies. Ions are removed by ion-exchange resins or distillation, and up to 98% is removed by reverse osmosis.

-Dissolved organic compounds - are present in water due to the decomposition of plants and animals, as well as due to human activity. Organic compounds in water are proteins, alcohols, chloramides, residues of pesticides, herbicides, and detergents. -To measure the content of organic substances in water, you can use the analyzer of total organic carbon. Organics in water can clog ion-exchange resins, interact with HPLC reagents, gas chromatography, and interfere with electrophoresis of cells and cell cultures. Organic matter is removed from water using activated carbon, reverse osmosis, ultrafiltration, and oxidation with UV light.

-Dissolved gases - carbon dioxide, dissolving in water, forms carbonic acid. Gas can be measured using a conductivity meter. -Carbon dioxide can be removed from water only by reacting with a strongly basic ion exchange resin. Oxygen is also found in water in significant quantities, which can be measured using specials. sensors. Oxygen can cause corrosion of metal surfaces and ion-exchange resins can remove it from water (sulfite form).

-Microorganisms - bacteria, fungi, algae are found mainly on the surface of the water. Bacteria are counted by culturing the sample and counting the number of colonies formed (CFU / ml). --Urban water treatment services typically add chlorine in order to kill microorganisms. Chlorine is removed in the first stage of most water treatment machine, which gives bacteria a chance to multiply in water. Distillation effectively kills microorganisms, reverse osmosis eliminates them, and UV exposure can control their growth. All systems for the preparation of very pure water must have a filter with a pore diameter of 0.2 microns or less to protect the final product from bacteria. In addition, all stages of water treatment must be regularly processed - disinfected.

-Pyrogens and viruses - pyrogens or bacterial endotoxins - are molecules of lipopolysaccharides, and grams of negative bacteria interspersed into the cell membrane. Viruses are not considered to be living nucleic acids. Pyrogens are detected by injecting a sample into rabbits and observing a rise in body temperature or are measured by a more sensitive LAL test.

Pyrogens lead to fever when injected into the body of mammals, and slow down the growth of cells and cultures. The content of pyrogens and viruses is reduced or removed by distillation, ultrafiltration, reverse osmosis, and carbon adsorption.

-Nucleases and DNA - DNA is the building block of life, RN-lazy and DN-nazi are natural enzymes that play a significant role in vital functions. Carrying such a significant and important function, however, these compounds can be a hindrance in practical applications in biology and other research. Molecules can be removed by combining adsorption, ultrafiltration and UV irradiation. 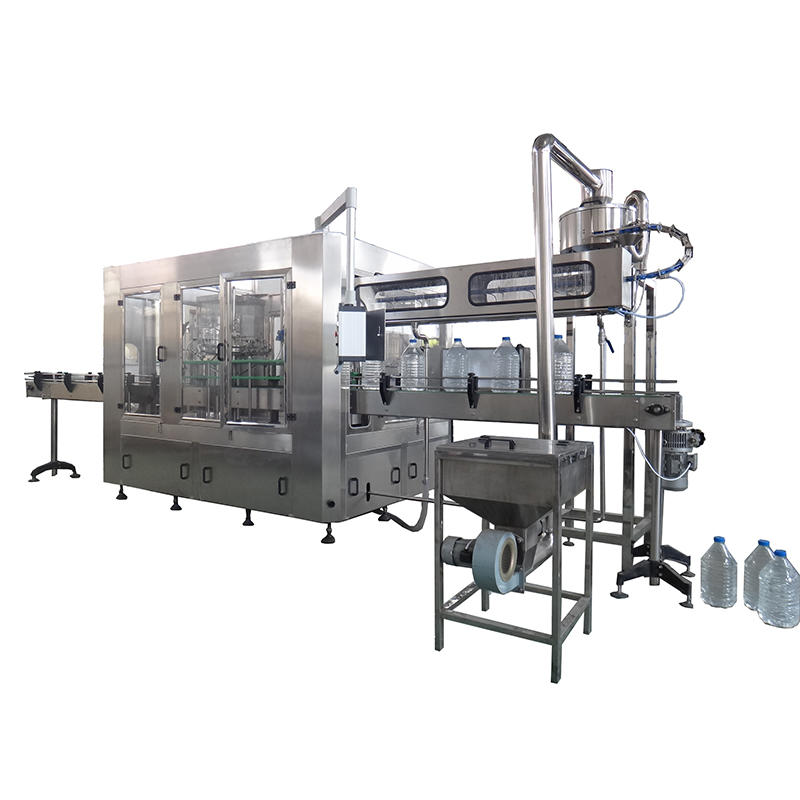 Infusion blow embellishment is generally known as the assembling process. This procedure can consolidate the exactness of the infusion shaping for least waste with a quick blow embellishment process. It can work alongside plastic. It has some expertise in making bless shapes, for example, bottles. Since the blow forming strategies are more affordable than assembling process, these techniques are usually used to manufacture bigger holder by utilizing expulsion blow. The yield of this system regularly has no creases with glass clear.

PET Stretch embellishment is a procedure used to create empty articles from thermoplastic material. Two sorts of apparatus utilized are plastic infusion machine and PET blow embellishment machine. Choosing the precise machine is an intense errand on the off chance that you are inexperienced with blow trim machines.

There are different kinds of machine use for assembling PET containers. Plastic Blowing Machines

PET jugs are produced in two different ways. The main technique includes a two-advance procedure with the utilization of preforms or parisons which are moulded like a test tube. This is known as the Injection Stretch Blow Molding (ISBM).

The initial step starts with the infusion of condensed polyethene terephthalate (PET) into a pit where the test-tube shape is framed. This preform is then chilled off. It is then taken to the moulding station, where it is warmed and mollified in the arrangement

In the subsequent strategy, all procedures engaged with making PET jugs are done in a solitary machine. This diminishes the requirement for labour, vitality and space required for the apparatus.

The two-advance technique is favourable for water bottlers that need to stock on preforms or like to get them from a provider. In the event that adequate preforms are accessible, this framework would demonstrate to be quicker than utilizing the single-step process. One blowing-launch cycle can deliver a normal of 1300 to 1500 plastic water bottles, contingent upon container volume.

There are a few hints that could be borne as a primary concern when choosing a plastic infusion machine and Automatic Blow Molding Machine from leading Beverage Bottling Equipment Manufacturer. It contains an extruder that has an expulsion head. It should have at least one shutting unit. 2 shutting units are very welcome. Pay special mind to determinations and key highlights. For example, the barrel and subsequently the screw ought to be preferably made of steel and prepared by nitrifying. The structure of the extruder ought to be consequently customizable. Fundamentally, the gear ought to be to such an extent that it will be customized and redid according to your necessity.

There are two kinds of embellishment procedure Blow Molding and Injection trim procedure. 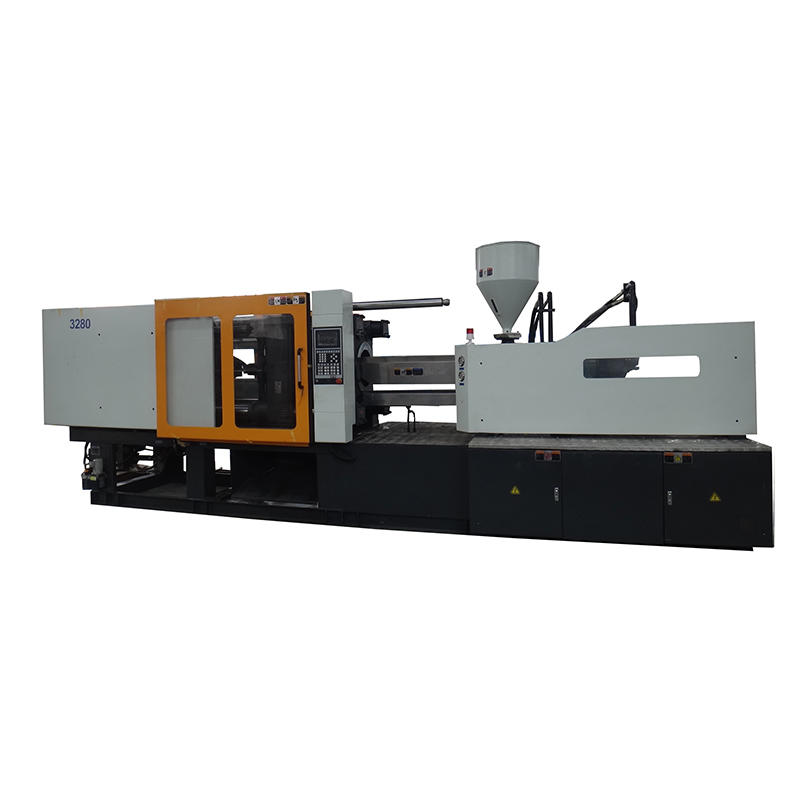 With Injection shaping the plastic is contained in the barrel of the machine and the sprinter of the form, the procedure is controlled accurately until the part is catapulted from the form.

To finish a blow formwork, various sorts of hardware or apparatus are likewise being utilized. This may run from the single-stage blow embellishment machine to the cutting edge programmed PET blow trim machines.

A blow shape might be framed from an empty plastic. It goes into a progression of procedures including that of the creation of empty materials from a material known as thermoplastic. It has three principal types to be specific the expulsion, infusion and stretch blow mouldings. The entire procedure begins when a bit of plastic with an opening in either closure are softened. The opening is the place the air goes through to frame a blow form.

Most up to date blow shape applications

While blow moulds experienced a progression of changes ever, certain advancements were initiated to improve the yield. Presently, new applications are being set in the blow shaping industry. The most widely recognized models include:

Coextrusion blow forming. This typically includes huge parts and is normally utilized in the creation of compartments and little jugs. This will before long be perceived in the market particularly now that there is a need to reuse plastic.

Three-dimensional blow forming. This kind of blow form began in Japan and is fit for delivering various shapes and sizes from a plastic material.

Other appropriate realities on a blow shape

The most ideal approach to begin an undertaking including the utilization of a blow shape is to think about the various qualities of the polymer material. For example, in the event that one is thinking about a high-thickness polyethene, it implies that there are low-temperature quality, fantastic compound opposition and perfect protecting limits in the material. For a decision of polycarbonate, one will most likely procure incredible opposition from warmth, astounding straightforwardness and hard and intense material.

To finish a blow formwork, various sorts of hardware or apparatus are additionally being utilized. This may go from the single-stage blow trim machine to the cutting edge programmed PET blow embellishment machines. The most widely recognized yields from this procedure are milk bottles, one-piece seat, trash jars, drums and fuel tanks.